Are you well connected?

When a Travel Agents shops for hotels in a particular city via the GDS to which the agency subscribes, the GDS routes the request to the LuxuryRes Central Reservation System. The GDS reads the data that resides in the LuxuryRes Central Reservation System and displays that on the travel agent's screen (or website). This enables a Travel Agent who subscribes to a single GDS to see and book all of the hotels in a city that are part of the GDS.

The primary customers of a GDS are Travel Agents (both bricks-and-mortar and online). Each GDS provides an electronic channel for travel agents to book hotel rooms. It is important to note that a GDS does not maintain any inventory. 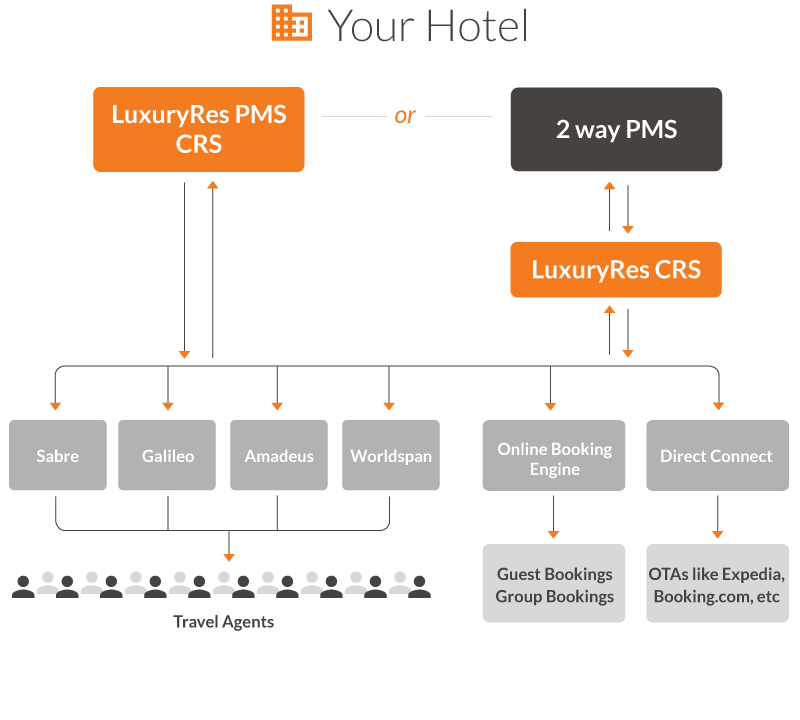 Call today to see how a better connection to the Global Distribution System can increase your hotel's revenue.
Toll Free U.S. & Canada – 888.895.9595